An adorable baby hippo at the Cincinnati Zoo became an internet sensation this week when she photobombed a surprise marriage proposal that was taking place just outside her tank. The Instagram post was so awesome that it was picked up by USA Today, Huffington Post, Fox News, US Weekly, E! News, the Daily Buzz and The Telegraph, among other outlets.

In the photo, we can see Fiona the Hippo peeking through the glass at the exact moment Nick Kelble popped the question to his girlfriend, Hayley Roll. Mashable.com credited Fiona with "perhaps the most wonderful photobomb of our time."

“We went to the zoo for our one-year anniversary and Fiona was in the window,” Roll told the Daily Buzz. “Nick and I were waiting in line to get our photo taken with Fiona and I gave my cell phone to someone to take the photo. When I turned back around, Nick was on one knee proposing."

The now-world-famous photo was posted by Roll with the caption, "We're so happy Fiona could be there on our special day. Here's to many more years of going to zoos with you." 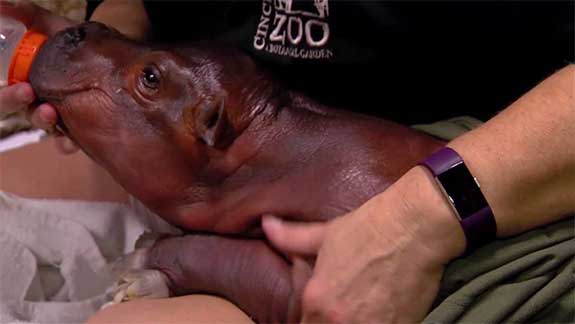 Fiona has been an inspiration to the Cincinnati community and a top attraction at the zoo since she was born six weeks premature in January of 2017. At birth, she weighed only 29 pounds, barely half that of a normal hippo. Developmentally delayed, and with the odds of survival stacked against her, Fiona battled day after day under the tender care of the zookeepers, who had to teach her to walk and to swim.

Her 10-month battle to become "the smallest hippo ever to survive" is documented on the animal's own Facebook page, titled "The Fiona Show." The page has 228,000 followers.

Roll told E! News that Fiona has played a special role in the couple's relationship.

"Nick and I had been long distance for a while when we first started dating," she told E! News. "Fiona was something we could talk about and obsess over together. We always kept up with her and still adore her. When we went to the zoo that day, it was pouring rain and we hardly saw any of the other animals. We just really wanted to meet Fiona for the first time!" 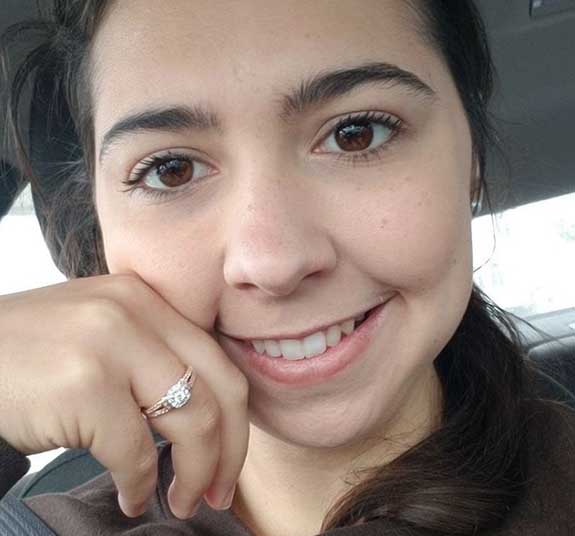 Not only did they get to meet Fiona, but the baby hippo also helped to make their marriage proposal story truly memorable. Yesterday, Roll returned to Instagram to post an important photo. Her caption: "Almost forgot to show insta my ring!!"