Argyle Mine — World's Primary Source of Pink, Red and Blue Diamonds — Is Nearly Tapped Out

Rio Tinto's Argyle Mine in Western Australia — the world's most prolific diamond mine and primary source for pink, red and blue diamonds — is nearly tapped out. The mine is expected to cease operations in 2021 after a 38-year run that has produced more than 800 million carats of rough diamonds. 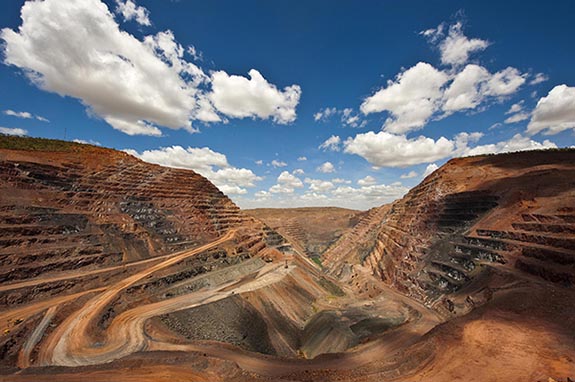 While the bulk of Argyle's yearly output is brown in color, a minute segment of the production represents fancy-color diamonds so rare and so valuable that only 16 people in the world are permitted to touch them.

According to a recent article in The Western Australian, Rio Tinto has 50,000 employees worldwide and not even its London-based CEO, Jean-Sebastien Jacques, is allowed handle the 58 diamonds that make up the 2017 Argyle Pink Diamonds Tender.

The 2017 Tender is currently on a multi-city tour that started in Perth, traveled to Hong Kong and will end in New York. At each stop, top buyers are being invited to view the collection and put their secret bids into sealed envelopes. Bidding ends on October 11 and winners will be announced shortly thereafter.

The headliner of the 2017 Tender is a fancy red diamond called the Argyle Everglow. The 2.11-carat, VS2-clarity, radiant-cut diamond was given this name because it seemed to possess an inner glow. The magnificent diamond, which could sell for upwards of $10 million, was cut from a 4.38-carat rough diamond discovered in the fall of 2016. It is the first 2-carat-plus fancy red diamond ever offered by Rio Tinto.

Red diamonds are so rare that in the 33-year history of the Argyle Pink Diamonds Tender there have been fewer than 20 carats of fancy red certified diamonds sold.

The collection includes five “hero” diamonds selected for their unique beauty and named by Rio Tinto to ensure there is a permanent record of their contribution to the history of the world’s most important diamonds:

Rio Tinto's Argyle mine is currently the largest diamond producer in the world by volume and accounts for 90% of the world's pink diamonds. Once shuttered, the world's annual supply of fancy-colored pinks, reds and blues are expected to diminish, forcing prices sky high.

If the Argyle Everglow earns a $10 million bid, it will set a record for the highest price ever paid per carat for a gemstone. The current record is held by the 12.03-carat Blue Moon of Josephine, which sold for $48.4 million, or a bit over $4 million per carat.